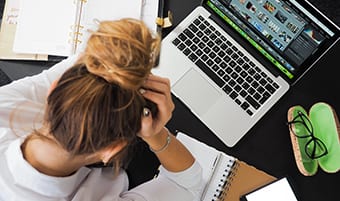 Here’s a story. Debbie is a key member of a company, who has added tremendous value, both as an individual contributor and as a manager. Debbie really enjoys managing now and would love to just focus on being the best manager she can be for her team, but her company still asks her to spend a lot of her time working directly on key projects because of her expertise.

Why Won’t They Just Let Her Manage?

In most cases, companies feel managers like Debbie are just too valuable as individual contributors. Everyone is asked to wear multiple hats and managers like her certainly wouldn’t want to stand out as complainers. Debbie has been as good of a manager she can be in the time allowed, but she’s hardly given a fair shake to excel because she hasn’t been given time to focus and be more dialed into her team.

This is a story I’ve heard literally hundreds of times and seems very typical as companies make great efforts to run “lean,” or get as much accomplished as humanly possible with the least number of employees possible. Unfortunately, what tends to happen is one of 3 things:

Many Companies Set Great Managers Up for Failure

The question then becomes, how does the company, navigate this dilemma? Do they take Debbie’s hands-on responsibilities completely off her plate, OR do they keep her as a “producer” on projects in addition to managing? Typically, and unfortunately, the answer is option two in my experience.

Managers are usually tasked with tackling hands-on responsibilities as needed, and they’re often “needed” quite a bit. I’m not saying that being hands-on is necessarily a bad thing. Managers getting their hands dirty at times can actually give them a better perspective and appreciation of the challenges and realities that their employees face on a continual basis, however, it usually ends up being detrimental to the entire team.

Often managers at lean companies have to get so involved with hands-on tasks that they don’t have time to meet with their employees regularly, are not available to mentor and guide their teams regularly, and effectively manage the behaviors and responsibilities of their reports, then they can’t be the managers the company needs them to be. That’s NOT good for anyone.

They’re pretty much team leads at that point since they’re not truly managing anyone, which means that their team doesn’t really have a manager at all. The irony here is that often the reason for running lean is to save money. But believe me, the cost savings of running lean to avoid ‘spend’ on hiring will be pennies compared to lower productivity from unmanaged employees, especially when paired with turnover.

Who Should Fix It?

So, who’s responsible for fixing this and getting this person back to actually managing. You may have guessed it, THEIR MANAGER! Funny, right?! It’s the truth though. Their manager, be it a Director, VP, COO, or whomever, is the one responsible for creating an environment where their employees can do their jobs effectively.

This is a top-down solution. Not only do managers need the authority to lead but also the time and resources. All managers should be taught how to be effective in their role. In fact, it should start with the manager’s manager as they could use some additional skills themselves. Whether they’re having to handle an immense workload or not, they need the skills and knowledge to be better. In addition, they need to be allowed to be a manager.

Let’s Not Make “Running Lean” an Excuse for not Managing

The good thing is that this can be fixed. People managing at any level in an organization can enhance their core management skills and create situations where their employees can be productive and successful. As leaders, you can prevent people on your team from being so spread thin that they can’t do their jobs being an attentive, skilled, and effective manager. You must give all your leaders the time, training, and inspiration to be their very best. You can do this. You must do this.