Click Here to Schedule a call with one of our Experts 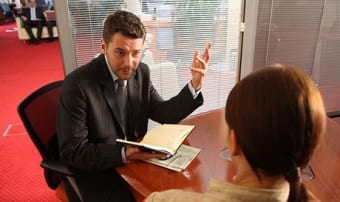 Never Say “Deserve” When Asking for a Promotion

by Kendra Prospero | May 3, 2019 | Find a Job, Management Training Programs

Pouring into people and guiding them as they advance in their careers is something I deeply enjoy and take seriously. Watching individuals earn new responsibilities and promotions excites me! But, there is one little word that has become my pet peeve in career development. The word is “deserve.” Too often I hear people ask for promotions by saying “I deserve this.” Why? Why do you deserve it? Is it because you’ve “put in the time?” Do you feel entitled to a promotion because others received one? For me the word “deserve” is equal to someone saying, “I’m entitled to this promotion.”

You Don’t Deserve a Promotion, You Earned It

No one is entitled to a promotion, or a pay increase, for that matter. Promotions are based on the needs of the company and the market standard. Promotions are earned by the value you bring to an organization.

Then how should you ask for the promotion you feel you deserve? Start by writing down all of the achievements you’ve had in the last 12-18 months. Note how the achievements benefit the company. Did you win a significant business deal or generate a new source of funding? Did you revamp processes that streamlined operations and efficiency? Did you save the organization money by realigning programs and projects? When asking for a promotion, it is essential to show how your work has advanced the organization.

Next, write out your strategic plan for the promotion you are seeking. If you were given the promotion, what would you do in your first 90, 180, and 365 days in the role? How would your being in this new role impact the company? What ideas do you have to move the company forward? You have to communicate to your employer the WIIFT (what’s in in for them).

Your Successes Make Your Case

By presenting your successes and your future plans for the organization, with the road-map of how you’ll get there, you have built a business case for a promotion. A person who can clearly point to what they’ve accomplished for the organization and what they plan to achieve going forward is someone who demonstrates they understand the business and the impact they have. Now, that is someone who I believe “deserves” a promotion!